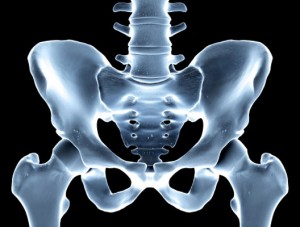 A novel surgery using transplanted bone and cartilage may help young patients avoid a hip replacement after a specific traumatic injury to the hip joint, according to a case study by orthopedic trauma specialists at Hospital for Special Surgery in New York. The study appears in the February issue of the Journal of Orthopaedic Trauma.

“This novel technique can help young patients to delay, or even possibly avoid altogether, the need for a total hip replacement,” said David L. Helfet, M.D., director of the Orthopedic Trauma Service at Hospital for Special Surgery.

The case reported by researchers at Hospital for Special Surgery involved an injury to an 18-year-old man who was a belted driver involved in a motor vehicle collision, striking a pole. After being admitted and observed at the initial hospital, he was assessed as having a small fracture of the femoral head and was released on crutches. Twenty days following the injury, he presented at Hospital for Special Surgery. (See sidebar on the patient’s experience from his point of view below.)

Computed tomography (CT) and magnetic resonance imaging (MRI) examinations were performed, which further delineated the large displaced section of the femoral head and a small associated fracture to the periphery of the hip socket (acetabulum).

Surgery was then performed, by orthopedic surgeons Dr. Helfet and Dr. Robert L. Buly, using a new technique that involves surgical dislocation of the femur in order to access and repair the fracture. Because one-third of the femoral head was missing due to the severe damage associated with the injury, doctors chose to transplant a special piece of frozen bone/cartilage. Hospitals, especially those with larger orthopedic surgery departments, have bone bank facilities that store bone and cartilage tissue based on surgical indications. Once thawed, the cartilage and bone were shaped to fit into the defect. The transplant was then anchored into place with two small headless screws.

“This is one of the first such case reports describing this procedure in the orthopaedic literature,” said Dr. Helfet. “The patient has had an early good functional recovery following such a severe injury to his hip joint.”

Post-operatively, the patient was on crutches, only 20 lbs weight bearing for two months, but he was told to avoid rigorous activities requiring further exertion. Subsequently, the patient was allowed to slowly progress to weight bearing as tolerated and work on obtaining full range of motion and strength of the hip. The patient returned for regular follow-up visits and x-rays of the hip revealed that the graft had properly incorporated. At 46 months following surgery, the patient is fully rehabilitated, was able to successfully complete his education, and has been able to return to the active life he enjoyed before the injury. Further studies with long-term results are needed, but the early results are promising.

“The surgery was a success. He is currently working as a mechanic for a country club. He was able to return to complete his education and perform a physically demanding job.” said Dr. Helfet. “The advantage of this surgery is the ability to delay or even avoid altogether a total hip replacement. Even more importantly, the longer a hip replacement can be delayed in a younger patient, the better, because there is less chance of one or multiple subsequent revision surgeries.”