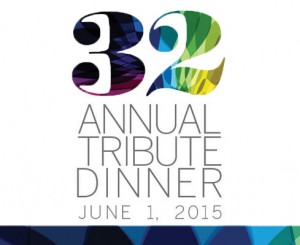 Hospital for Special Surgery (HSS) honored Brian L. Roberts, chairman and CEO of Comcast Corporation, in celebration of his business accomplishments at the hospital’s record-breaking 32nd Annual Tribute Dinner on Monday, June 1, 2015 at the Waldorf=Astoria in New York City.

“He has shown incredible leadership in expanding our orthopedic trauma service and raising its awareness internationally.”

“We have been honored to have Dr. Helfet as part of our team,” said Todd J. Albert, MD, Surgeon-in-Chief and Medical Director at Hospital for Special Surgery. “He has shown incredible leadership in expanding our orthopedic trauma service and raising its awareness internationally. The hospital is very proud of all of his accomplishments and is honored to present him with the Lifetime Achievement Award.”

Dr. Helfet is known both nationally and internationally for his expertise in orthopedic trauma. As such, he has served on the boards of the major orthopaedic/trauma societies, including as President of the National Orthopaedic Trauma Association. He has published over 250 papers in peer-reviewed journals and contributed to forty books on the topic. As the recipient of many honors and awards, such as the Philip D. Wilson Jr. Teaching Award, Dr. Helfet has received visiting lectureships including the Presidential Guest and Watson-Jones Memorial Lecture of the British Orthopedic Association.

While he focuses on orthopedic trauma, Dr. Helfet also specializes in hip and is part of the Hip Preservation Service at HSS.

Dr. Helfet received his medical degree at the University of Cape Town Medical School in South Africa before completing his residency at Johns Hopkins University. He has held fellowships at University of Bern in Switzerland and University of California Los Angeles.